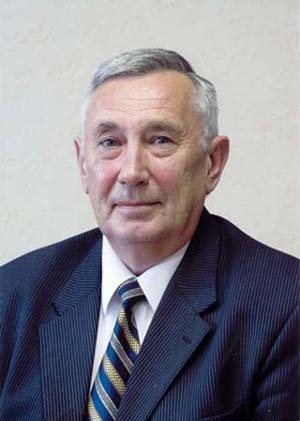 Alexander A. Tolstonogov – Head of the Department of Evaluation Equations and Controlled Dynamical Systems of the Matrosov Institute for System Dynamics and Control Theory of Siberian Branch of Russian Academy of Sciences (Irkutsk). He was born on 04.03.1940. Alexander A. Tolstonogov – Doctor of Sciences in Physics and Mathematics (1985), Professor (1987), Corresponding Member of Russian Academy of Sciences in Mathematical Sciences (2006), Honoured Scientist of the Russian Federation.

Alexander A. Tolstonogov is a specialist in the fields of nonconvex multivalued analysis, differential equations, mathematical control theory, and their applications, the author of over 100 publications in peer-reviewed journals and of two books.

Main research directions of A.A. Tolstonogov include the theory of evolution inclusions and control systems, the theory of multivalued maps with nonconvex values and their applications. He is the author of the first in the world and a well-known monograph on differential inclusions with nonconvex right-hand side in a Banach space. He first proved theorems on existence and relaxation for continuous selectors passing through the extreme points of convex mappings and the fixed points of nonconvex mappings. These theorems have a wide range of applications. He obtained important results in the calculus of variations and optimal control theory. His results are widely used in the research of many authors in these areas and have a high citation index.

A.A. Tolstonogov has been the supervisor of 2 doctors of sciences and 5 Ph.D. theses.

In recent years, the research interests of A.A. Tolstonogov are focused on problems of minimization of integral functionals with nonconvex with respect to the control integrants over the solutions to various classes of control systems, including control systems in partial derivatives, with nonconvex constraints on the control and on establishing interrelations between these problems and the problems of minimization of integral functionals with convexified with respect to the control integrands over the solutions of the same systems, but with convexified with respect to the control constraints. This connection represents relaxation theorems for nonconvex problems of the optimal control which are analogues of the classical N.N. Bogolyubov’s theorem in the calculus of variations and A.A. Filippov’s theorem for differential inclusions. Using these results a variational stability for some classes of nonconvex optimal control problems highly promising for applications have been studied.

In different years A.A. Tolstonogov has been a member of the editorial boards of the mathematical journals: Set-Valued Analysis, Nonlinear Analysis: Theory, Methods & Applications, Discussiones Mathematicae, ser. Differential Inclusions, Control and Optimization and others.


Main publications of Alexander A. Tolstonogov over the last 5 years: